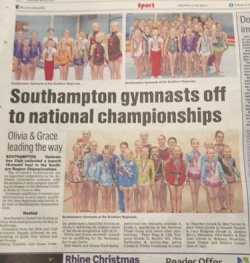 The Acrobatics Southern Region Preliminaries is an important competition in the Acrobatic Gymnastics calendar, with the winners of each category qualifying to compete in the National Finals in Stoke on Trent in May. Gymnasts qualifying in second and third position in each Region, qualify for the Inter-Regionals in April held at Southampton Gymnastics Club.

Olivia Simkins and Grace Crowley, performed a beautiful routine at Grade 2, achieving the highest score of the whole competition with 28.70. Olivia and Grace narrowly missed out on qualifying to Nationals due to age limits of National Final competitions. 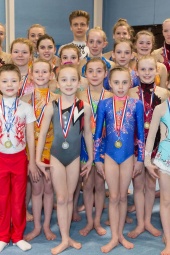 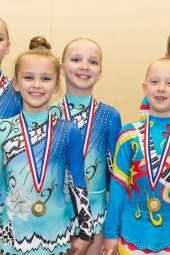