Safia Liesnham, Stephanie Rickets and Abigail West competed in the extremely tough field of the 11-16 Women’s group category. The girls, only in their second competition together produced two solid and clean routines. Their execution score for their beautifully performed balance routine placed them in the top 6 in Great Britain and their Dynamic routine execution score put them in the top 3. However, unfortunately due to unavoidable height deductions this affected their artistry scores which dropped them out of the finals, however their execution scores showed their promise for the future and the confident way they performed was very encouraging to see. – GREAT JOB GIRLS! 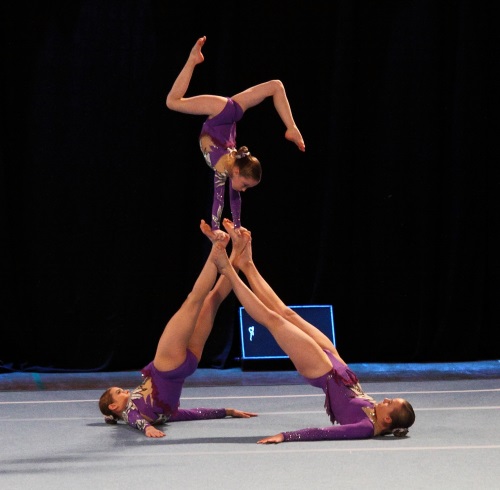 Heather Calder and Mia Nash again in a strong category of the 11-16 Women’s Pairs section performed in only their second competition together having valiantly battled back from injury. An unfortunate mistake in their first balance of their first routine gave them a score from which we worried they would not recover from, in performing their dynamic routine. However they pulled themselves back up to place 4th in the dynamic routine which overall qualified them in the last available place for the final in 8th.

The girls did not let this perturb them and they performed an even better dynamic routine in the final to score 26.950 which took them from 8th place to a brilliant 3rd place finish. 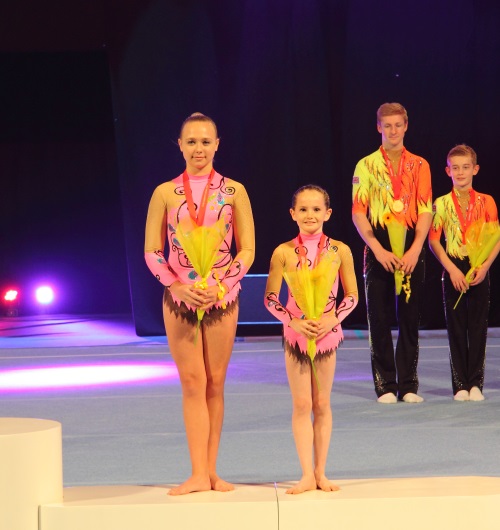 Both partnership gained valuable knowledge of the standard at these big competitions and we look forward to further improvement and adjustments to increase their scores for 2014.